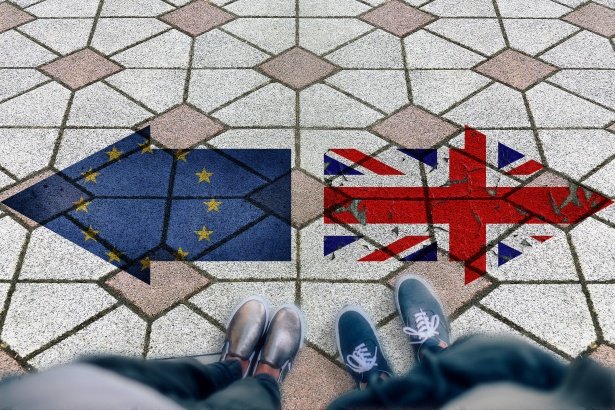 Since the Withdrawal from the European Union effective the 31st of January 2020 the United Kingdom faces an unprecedented set of challenges related to the demographic tendencies of the State that are to be deepened by the disintegration process. The isles tendency to a lower fertility rate and ageing requires long term action that includes opening the doors to the inflow of different migration sources as it is the biggest source of population growth in the European country. In this way, for the UK will become even more important to incentivize migration from commonwealth countries and it would be especially beneficial to seek regulated mobility opportunities with regions such as Latin America in order to solve their demographical dilemma.

2020 was a chaotic year for the United Kingdom. The 31st of January, it officially left the European Union after five years of negotiation. The first cases of Covid-19 were reported simultaneously, and the pandemic crisis started a month later. All this chaos provoked the largest emigration of people from Great Britain, with almost a million people leaving the isles. The conjoint effects of both events derived in demographic and economic crisis that have prolonged over time, even when the vaccination rate is one of the highest in the world. As the Covid-19 crisis slowly fade out, the real demographic and economic impacts of Brexit are becoming more visible. As the population of the country ages, the rupture between the UK and the EU threatens the future of Great Britain.

Before going into detail, letĀ“s take a glimpse to BritainĀ“s demographic profile. The country has sixty-seven million inhabitants, and the population has been steadily growing since the Middle Ages with only few setbacks like in the years 1975 and 2020. The country is expected to grow till 2041, when the national population will reach seventy-three million. The migration net rate was positive for all the years that preceded the Pandemic, with surpluses of almost 300.000 newcomers every year. However, in 2020 a million people left the UK due to the health and economic crisis. The nation is aging fast, almost a fifth of the population is currently over sixty-five years old and the birth rate is falling a lit bit more every year since the 60Ā“s. The dependency rate (the potential number of people of ages 18-65 that could theoretically work per retire citizen) is 3,8 and rapidly shrinking. Many Britons fear that the pension system would eventually collapse as the population pyramid inverts. To prevent or at least, minimize the devastating impact of this event, the United Kingdom has implemented open immigration policies since the 90Ā“s in order to attract young workers that could eventually support the elderly and have children to boost the nationĀ“s fertility rate.

Many migrants came from the geographically close countries of the European Union, especially from the EU 8, nations that incorporated to the Union since the 2000 and mostly belong to the economically depressed Eastern Europe. This migration was permitted through different types of visas because the UK refused to join the Schengen Space, making somewhat difficult to migrate to the isles in comparison to other European nations. The sudden arrival of hundreds of thousands of migrants from Poland, Romania or other E8 countries sparked a xenophobic reaction in several British citizens that would incorporate their concerns to the Brexit movement, trying to prevent any further migration from the continent. Afterwards, the UK started receiving several other nationalities through the asylum policy of the EU. Large part of them were refugees from ongoing civil conflicts from the Middle East and Africa.

The inflow of migrants reaches its maximum in the middle of the 2010 decade, when the political uprisings in the Arab World triggered a large migration of refugees. Simultaneously there has been a recent significant inflow from Latin American countries, although less studied there has been historical migration from former colonies of the Caribbean and countries like Argentina, Colombia and Ecuador to the isles. Ā The arrival of millions of migrants to the continent precipitated discrepancies inside the EU, as it was unclear where this people would be relocated through a system of quotas. Many citizens saw the decisions taken by the European Commission as impositions from an undemocratic organization that took away the nationĀ“s frontier sovereignty and became a popular complaint that bolster Eurosceptic movements.

The challenges of migration became a breaking point in the process of Withdrawal of UK of the European Union, and nowadays the same issues that led to that disintegration are now appearing in a different context, specifically migration related population growth and economic distress. As said before, 2019 showed the slowest growth rate UK has had in 15 years, due to the decrease in births and net international migration.Ā  If we were to analyze the latest Long-Term International Migration estimates up to March 2020, we would identify that Migration to the UK has been the main driver of population growth since the 1990s, replacing natural change. The biggest inflow from migrant population to the UK was coming in the year ending March 2020, migration continued to add to the UK population. Also, current estimates show that around 313,000 more people moved to the UK with an intention to stay for 12 months or more than left the UK (net migration), this data, however does not account for what has been happening since the beginning of the pandemic and the Withdrawal of UK of the European Union. Looking a little further into the data we can see that net migration of EU citizens was affected by the withdrawal process, as it fell sharply after the June 2016 referendum. There was a clear decline in the net migration of EU-15 citizens, falling from 84,000 to 44,000. Since the beginning of 2021 the United Kingdom has enforced a series of regulations after their withdrawal from the EU, that removed the free movement of citizens, and this could seriously affect the European inflow to the country. UK has implemented a points-based immigration system to regulate their visa. To qualify migrant workers who want to move to the UK will have to get 70 points by speaking English, having a job offer, being paid a certain salary or having certain academic qualifications. Excluding EU citizens who lived in the UK prior to the Withdrawal, almost everyone would have to apply to this sort of visa, also informal arrivals to the UK through the English Channel are about to be strictly regulated. Both mechanisms enforced seem necessary to regulate the international inflow however it may have negative consequences in an ongoing demographic development.

What is problematic about it? As said before migration has huge implications in the way demographics are developing in the country specially because of the birth rates and the ageing. Population growth is a key driver of demand for all kind of services and EU migration is essential to understand the functioning of certain sectors. Certain migratory movements from the EU were particularly notable, such as the one from Poland, and the effects of obstructing that process are to be seen. After the global pandemic crisis, the outcome of this is rather unpredictable, however weĀ“ve seen some signs that the EU will not continue to add up to population growth in the UK as much as it used to, and some people could argue that residence in the country for non-EU citizens without the benefits of the European integration could be less encouraging as well.

Would the Brexit lead the UK to an unescapable demographic collapse? Not necessarily but the British government must act. The most renown policies that are designed to increase the fertility rate in the native population are not as successful as to be an effective countermeasure to population aging. And even if they did, the population surplus that would result from its success would not be able to support the pension system for 20 years from, they would start contributing in 2037. Ā The only solution that has proven effective to this problem promoting migration. Since Brexit closed the doors of the isles for European migrants, the most evident source of newcomers is outside of the continent, especially Africa, where the population is expected to triplicate in the next century. The nations of the Commonwealth in this last continent have a combined population of almost 500.000.000 people and their average age is around 20 years old. This also poses an opportunity to incentivize mobility from Latin American Countries since their population is young, which generates substantial momentum for further growth and to tackle this sort of issue. They are already a fast-growing group, and they are already choosing the UK as a possible destiny. Precedent on this kind of open doors policy exists, like the British Nationality Act of 1948, that allowed the settlement of Windrush generation in Great Britain.

Nevertheless, many aspects that encouraged Brexit supporters to vote the UK out of the EU applied to the entrance of non-Europeans to the isles. The xenophobic and racist motivations that often accompanied the proponents of Brexit could be easily exercised over the new migrants, regardless of their ethnical background. In the case of Latin People in the UK, the xenophobic and discriminatory acts are not as widespread as in other ethnic minorities, however the cases of workplace abuse are abnormally high in this demographic. It is predictable that new nationalistic campaigns can be triggered if the British government pass anything but the strictest migration legislation. Knowing this and the catastrophe that might unfold in the UK if nothing is done to remedy the situation, the Parliament must confront this issue eventually, and cooperation and the incentives they inforce for international migration are key to tackle this problematic.Ā