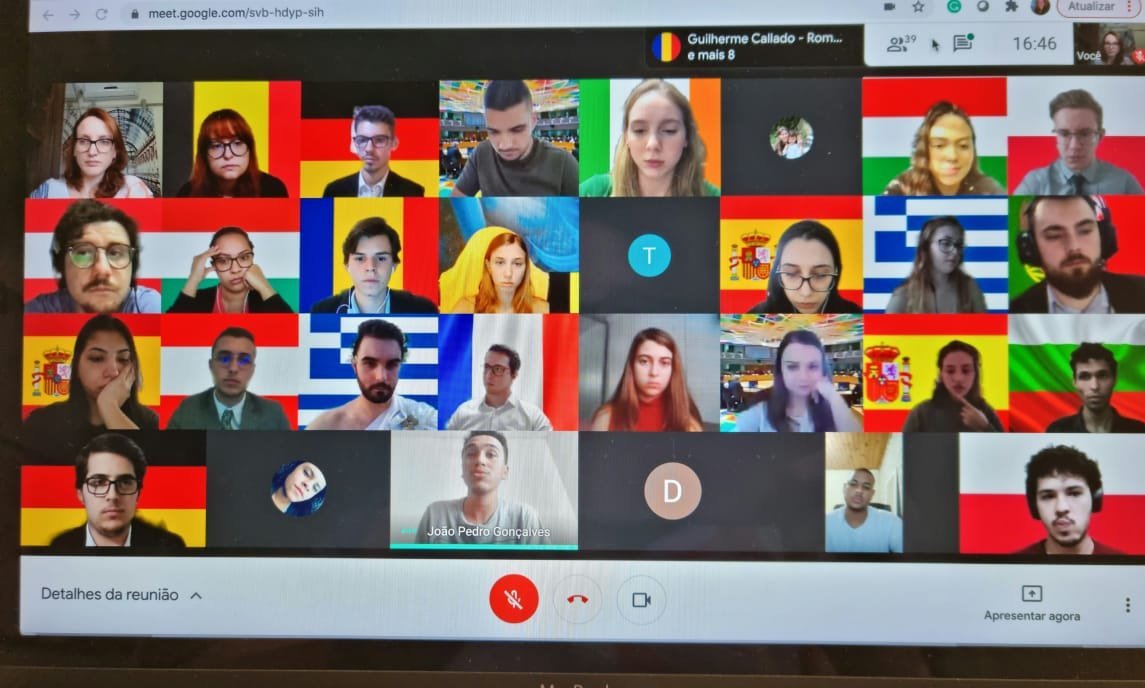 This Week began the European Council Simulation, promoted in the scope Jean Monnet Module, in the Law and Policies of the European Union subject, ministered by Dr. Aline Beltrame de Moura in the Universidade Federal de Santa Catarina (UFSC). During the two day simulation each group of students was representing a delegation of a EU member state and was debating the topic â€śFighting Disinformation in defense of Democratic Institutionsâ€ť to find solution for this issue.

The dynamics of the event were based in the 3rd Simulation of the European Union in Brazil (SUEB) organized by European Union Delegation in Brazil. Besides the theme, the simulation also had studying material developed and kindly promoted by the EU delegation, along with the support of Jean Monnet Network BRIDGE.

The issue of misinformation discussed gets attention by its extreme contemporaneity and impact not only in European Politics, but also in democracies all around the globe, especially in Latin America. This impact can be seen in many casas as: the Brexit referendum, the last European elections and, more recently, misinformation campaigns toward COVID-19 pandemic.

Taking this reality into consideration, the simulation aims at incentivizing students to study the actions already taken by to fight misinformation campaigns, in addition to proposing new measures for this problematic, measuring technical and, more importantly, politic-diplomatic barriers of those proposals. Such measures include: digital literacy actions, new regulations for social media, protocols for fighting fake news and cooperation initiatives among EU members states. The debate happens in a environment that aims at advancing the knowledge about European institutions and its impact beyond the EU borders.